Home » Ganguly’s hard statement , Virat Kohli has not yet been tested as captain 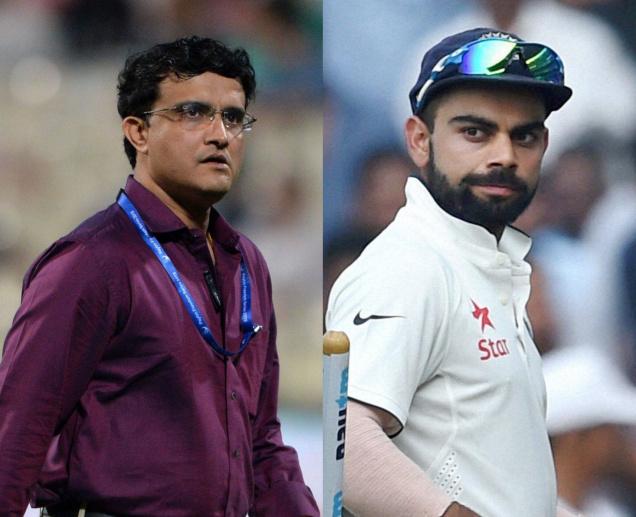 Ganguly’s hard statement , Virat Kohli has not yet been tested as captain

Team India beat Sri Lanka by a huge margin of 304 runs at the Galle Stadium on Saturday in the one-sided test match, to lead 1-0 in the three-match series. Former India captain Sourav Ganguly believes that Virat Kohli has not yet been tested as captain and his real test will be in the coming times. Explain’s that Indian captain Virat Kohli made his 17th century of Test career in the morning session on the fourth day of the first Test and set a target of 550 against Sri Lanka.

After that India’s spinner Ravichandran Ashwin and Ravindra Jadeja demolished the Sri Lankan batting order with their spin. Anela Gunaratne and captain Rangana Herath did not come to bat due to injury. Therefore, India needed only 8 wickets to win the first Test. Former Indian captain Sourav Ganguly has expressed confidence that India will dominate the current series. He believes that the Sri Lankan team could not put more challenges to India. Ganguly said in an interview with INDIA TODAY, “The Indian team is balanced in batting, bowling and fielding. At the same time, Sri Lanka needs to worry about many issues.

Ganguly further said, “In the last two years, the performance of Team India has been especially glorious from home. Under the guidance of Anil Kumble India has done the best in the West Indies and then at home. I think Team India will not be challenged in such circumstances. After winning the first Test, Kohli was absolutely right that he was the best in his performance.

Despite Virat Kohli’s team’s huge victory in the first Test against Sri Lanka, Ganguly said that Kohli’s real test would be out of the sub-continent. He said, “Virat’s test has not yet happened as captain. Sri Lanka is not one of the strongest teams of Tests at the moment. Team India should have good performance in South Africa, Australia and England for me and cricket fans and Virat Kohli’s own. His real test will be that. ‘