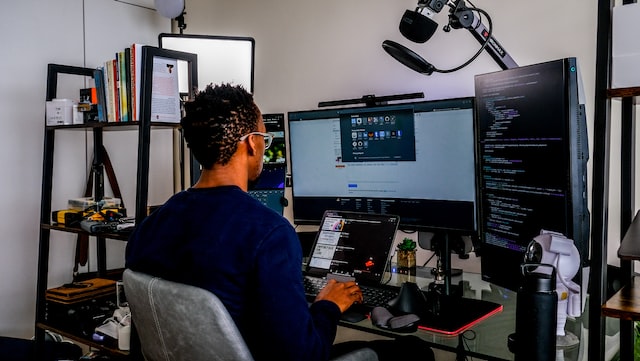 The second decade of the 21st century has transformed the whole idea of business. Infrastructure and investment are ideas that have outlived their significance. This is the age of digital shops. Digital shops are organic virtual entities that do not have a physical existence but are active online. Digital shops are startups that start with innovative ideas and sprout into money-spinners in a short span of time. A report by Statista notes that more than two-thirds of the emerging digital startups revolve around artificial intelligence, machine learning, python data science, analytics, and computing. Furthermore, angel investors are much more thrilled about digital startups as compared to traditional ones. Another important and stunning fact about data science startups is that most of these are one-person companies.

Let us briefly describe the various phases involved in establishing a data science startup from scratch.

Detailed groundwork or planning is essential before starting a company. The planning process is not only the first step to building a startup from scratch but is also the most important one. There are a lot of startups that started from scratch and turned into unicorns within a span of a few years. This all became possible because the architectural roadmap was designed in such a manner that prospects of growth became visible and realizable. The aspects of planning are relevant for all business models. It needs to be noted at this point in time that business models require data architects who can give appropriate direction to the planning process by supplementing it with critical feedback.

The repository of information

Information is regarded as the currency of the startup culture that is slowly coming up in the country. The theory of the DIKW pyramid assumes importance in this context. According to this theory, data is one of the most important raw materials for micro, small and medium enterprises that aim to get exposure to the digital market. Once the small enterprises are able to harness the potential of data, the role of online migration to digital shops is almost cleared.

The second important aspect of the pyramid theory is the information aspect. Information is one of the most important assets for an established startup and serves as a lifeline in its journey to become a unicorn. Information acts as a money-spinner for online businesses and helps them in enhancing revenues through omnichannel commerce.

The importance of a core idea

It is popularly said that an idea needs the money more than money needs the idea. The concept of idea factories that is proposed by think tanks like Niti Aayog to develop a popular startup culture in India is noteworthy in this regard. Idea factories are a part and parcel of the three-year strategy, 7-year action agenda, and 15-year vision that has already been proposed by the most elite think tank of the country. If we look at the startup culture of the subcontinent in deeper detail, we find that more than two-thirds of the start-ups are related to the domains of finance, e-commerce, and digital marketing. There are other niches of business where novel startup ideas are becoming popular in the present time. The need of the hour is to promote angel investment in this domain so that the startup culture picks up pace.

Developers are the most important stakeholders of an online business as they help in the customization of digital shops. They take care of the back end as well as the thematic aspects that are visible to the customer. Not only do they help in the design and development of a website but also play a pivotal role in making online navigation user-friendly and customer-oriented.

The human resources department is the lifeblood of a business, be it online or offline. A team of skilled professionals not only decides the fate of a business but also determines its revenue-generating aspects. Expertise and skill are two important cornerstones that help a business to grow in the short run. In addition to this, a team of professionals that is experienced in digital marketing can help the business to establish a permanent presence in the digital space. Furthermore, the expertise of the digital marketing team can help a business to reach a diverse audience worldwide.

In the present time, the online market is subjected to cutthroat competition and is much more dynamic than the offline market. This means that business strategy and guaranteed set of customers are not sufficient for securing a business online in the long run. Constant efforts and experiments with respect to new products are extremely important for sustenance. Customer personalization, customer recommendation, and customer targeting are three important segments that determine the growth aspects of a startup.

Preparing for the challenges

Despite a large number of challenges arising from competitors, compliance agencies as well as the market itself, the future of digital startups is quite bright in the Indian context. In fact, the third decade of the 21st century has been popularly hailed as the decade of entrepreneurship. Different types of venture capitalists are supporting startups with seed funding and other grants. One of the best ecosystems for harnessing the potential of startups is visible in the GIFT city of Gujarat. The GIFT city is not only a special economic zone but is also a paradise for entrepreneurs and startups. The government is supporting entrepreneurship in GIFT city by providing different types of tax concessions. This is paving the way for the migration of nouveau entrepreneurs with the vision of making it to the elite league of successful sharks.

Concluding remarks and the way ahead

The dream of establishing a successful startup from scratch can be realized with a strategy that is strong enough to ace against odds. Meanwhile, the blossoming of startup culture suggests that the footprint of technocrats in this domain will rapidly increase in the coming times.