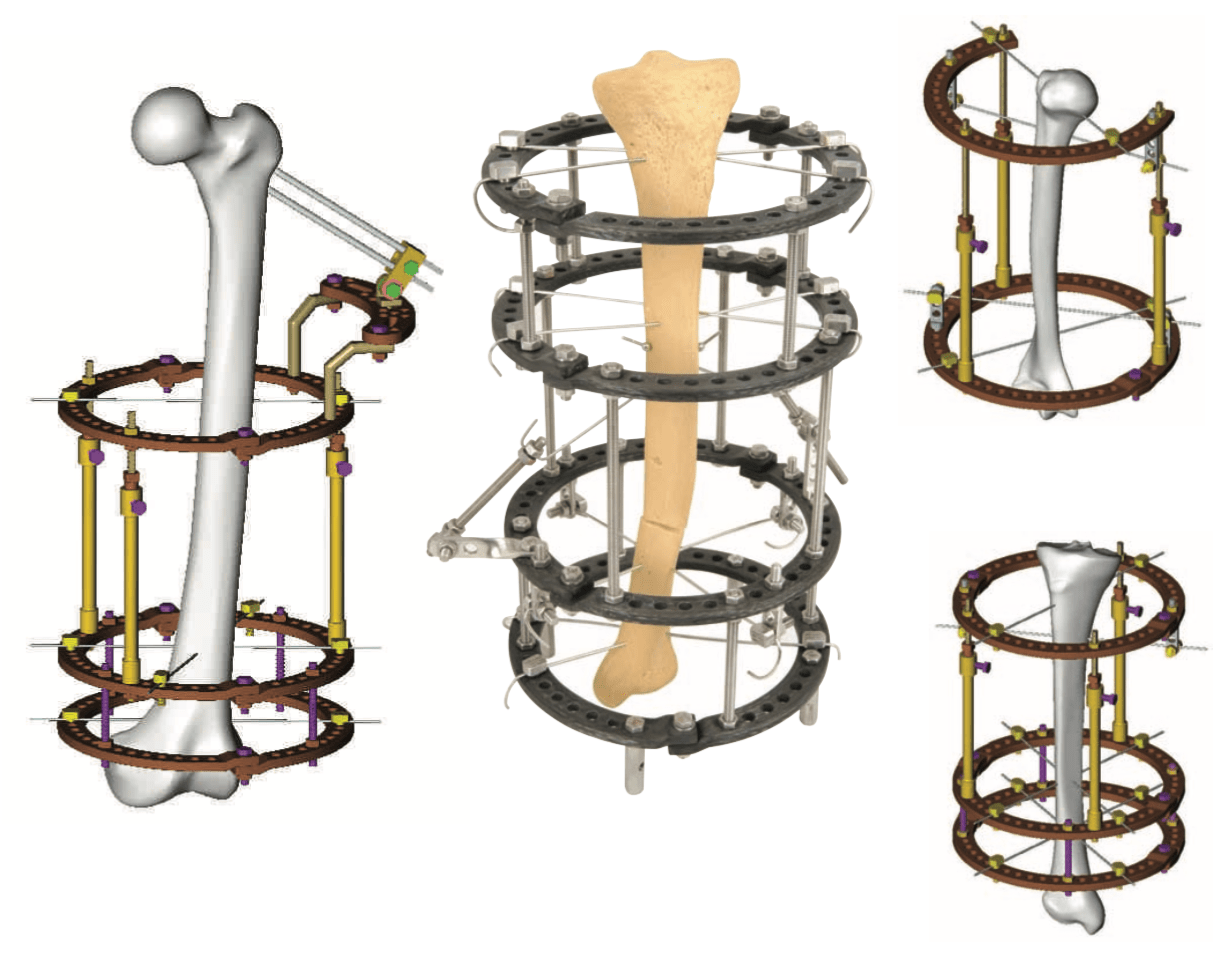 The conventional techniques of intramedullary interlocking nailing, plating, and the use of the tension band and external fixation have a firm place in the developing field of operative fracture fixation. Bio-logical bridge plating together with indirect reduction techniques was introduced ten years ago and was accepted as a promising advancement. But then it was also considered as a revolution in opposition to AO principles.

It was apparent that some noticeable structural changes take place in the cortex directly under a plate and to a slighter degree in the vicinity of an intramedullary nail. These changes were earlier ascribed to the stress protection by a metallic implant which was substantially more rigid than bone. But the advanced research prove that the disturbed blood flow within the cortical bone was accountable for the intense reshaping processes that could be seen under every plate that was pressed against the bone by screws.

As attained by the new LC-DCP design, reduction in the contact area between plate and bone lessen the vascular changes resulting from the pressure on the cortex. Though, the LC-DCP must be pressed against the bone so that it can perform its function through enhanced friction.

A different approach is required to eliminate the negative effects of the plate bone contact. With the introduction of screws or bolts that rigidly lock into the plate hole when driven home, the plate is no longer pressed against the underlying bone. Moreover, the use of self-tapping cortical screws and interlocking nails has proved as effective as external fixation in achieving a stable construct in vitro experiments. Thus, like the principles of external fixator, this distinctively new technique of applying a plate is named the internal fixator system, since the implant works more like a fixator than a plate, although the entire construct is covered by soft tissues and skin.

However, these devices are designed not only to eliminate the negative effects of conventional plating but also supposed to provide higher resistance to complications and infections.

The small PC-Fix for forearm bones was the very first implant designed to meet the new requirements. This new PC-Fix consists of a narrow plate with a specifically designed under the surface which has only small points that come into contact with bone. The screws are uni-cortical and self-tapping and are available only in one length. The screw head locks rigidly in the plate hole with a fine thread.

Like biological plating, long implants with few screws are used in fractures which have already been appropriately reduced and aligned axially, because the plate as such cannot be applied as a reduction tool, or to achieve inter-fragmentary compression. This is a major change for the surgeons who are habituated to conventional plating. They may need time to get accustomed to this new technique. In case of requirement, this PC-Fix plate can be contoured gently according to the shape of the bone.

Until now, various clinical studies in over a thousand fractures particularly of the forearm have been done to test this new technique of fixator system. And the studies have revealed not only the high reliability but also the consistently high healing rate of this new technique. However, for the other long bones like the tibia and humerus, a larger PC-Fix version is still in progress.