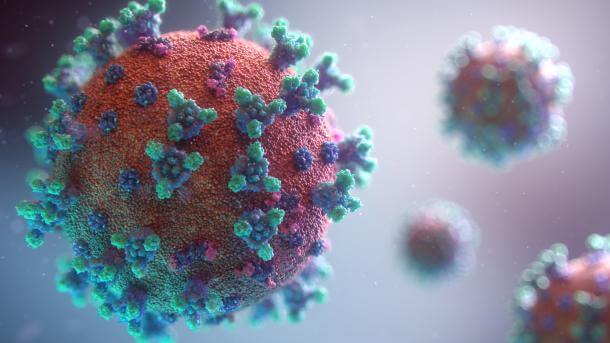 During the initial weeks of the pandemic, every neuropathology department globally struggled with one question – Is it wise to open the patient’s skulls that died because of the coronavirus and take out their brains? The Columbia University autopsy staff in New York were slightly hesitant. According to the Centers for Disease Control and Prevention, the airborne debris generated from an autopsy can add to the existing infection.

According to MyBioSource, till now, there have been approximately 3.93 million deaths because of COVID-19. The data is as per the records for 2021. And as more patients started to get admitted and more started to die, most researchers began to collect human brain tissue. In March 2020, in an isolation room, the Columbia team extracted the brain of a patient who died because of COVID-19. The same process got conducted in Germany as well, despite the medical authorities suggesting not to go ahead with it.

The reason for autopsies

Most of the researchers were looking for any kind of brain damage and the presence of the virus. At the start of the pandemic, it became essential for the medical community to understand how the virus impacts the brain. Several patients infected by the virus had spoken about auditory and visual disturbances, tingling sensations, and vertigo as some of the challenging symptoms. There are people who witnessed a loss of taste and smell or had a temporarily distorted vision. After several months and weeks of the initial symptoms in the body, doctors started to get convinced that even a mild infection can create the chances of “brain fog” in a person.

And even though the pandemic has seemed to recede in the U.S, getting below 20,000 new cases on an average every day, it will take several years to understand the way the virus affects the human brain completely. The autopsies that got done on people who died due to the severe COVID suggested brain clots and multiple signs of extreme damage. Still, there are significantly less evidence on whether the virus can attack an organ directly or not. Several other neurological details pertaining to the virus are unknown. Several neurologists think that the virus plays a crucial part in creating body and brain ailments after COVID recovery.

The medical interpretations about the damages COVID brings in

Several neurologists felt that coronavirus might act similar to herpes simplex, which usually results in cold sores. On some rare occasions, it will lead to severe brain swelling, called encephalitis, and can trigger the immune system. After months or weeks, the patient will deteriorate not only due to the virus attack itself but also the autoimmune attack. It is an acute case of initial viral infection that leads to an antibody response and a persistent neuropsychiatric issue.

Looking for traces of coronavirus in the human brain

The majority of the COVID pathogens started with the pathogens that get breathed while staying in a suspended form within the tiny droplets of body fluid expelled by someone. These infectious parcels can get smaller compared to the nostrils they pass out. When the virus gets inside the body, it starts to capture the cells lining the respiratory system. It can also exploit the human protein known as the ACE2 receptor. And this receptor can stud the cell surface in the respiratory passages. Here the virus makes use of the spike protein similar to a skeleton key for opening the cells. The nasal cavity cells appear especially susceptible to the virus infestation. Any virus in the upper side of the nasal cavity, the olfactory mucosa, can lead to smell loss, which some people witness once they have COVID.

After that, the olfactory mucosa sites beneath the slim strip of the perforated bone, which is called the cribriform plate. Here the sensory neurons get threatened from atop the holes, and the brain gets to rest on the other side of a thin bone. Not every brain specialist is convinced that everything in the petri dish will occur in humans. E. Goldman, a neurologist, suggests that it’s tough to know all that is taking place in people’s brain who suffered from COVID. Not many of the experiments found viral proteins in the brain autopsies.

Some of the experiments highlighted that there was low or no level of the viral RNA, based on the process that got used. The viral genetic material in the brain resulted from the virus in the membrane surrounding the brain and not the organ. There are various other studies that suggest there isn’t any florid amount of the virus in the patient’s brain who died because of COVID-10. To conclude, there is a need for more studies and research to know how the virus impacts the brain so that the medical community can try to remedy it in the best way possible.