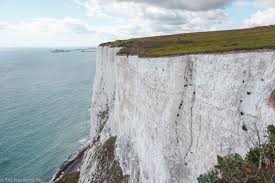 Millions of people enjoy taking a vacation to England. The nation’s capital attracts approximately thirty million tourists each year who come to see world-famous sights, such as Big Ben and the Tower of London. There is a wide range of reasons to visit England. The diversity of the landscape is one, as the country has a mix of large urban areas combined with many sites of natural beauty and rolling hillsides. England now has some of the world’s best cuisine and is home to several Michelin-starred restaurants, making it a favourite location for fine dining fans. Thanks to the diversity of the population, you can find a range of superb quality cuisine from all over the world, from some of the absolute best curry houses in Birmingham to fusion food inspired by Thai and Vietnamese cookery in the nation’s capital. If you are a football fan, the country boasts one of the best leagues in the world and is home to a diverse range of footballers and global superstars, many of whom have been competing in the World Cup. This article describes four key locations that are essential places to visit for any tourist coming to the country.

The lake district is situated in the northwest of England and stretches as far north as Cumbria, which borders Scotland at the top of the country. If you are a lover of the outdoors, the lake district is a perfect place to enjoy walking and water sports on its many lakes. Some of the most popular lakes include Buttermere and Ullswater. Lake Windermere is a firm favourite with tourists, as it has a steamboat moored on the shores of the lake. Tickets can be bought to enjoy a scenic tour around the lake to view the magnificent hillside and the large number of bird life (including swans) that inhabit the area. In 2017, the Lake District received one of the highest honours, as it was given UNESCO world heritage site status in recognition of its outstanding natural beauty and wildlife. In short, it is one of the most beautiful areas of England and should be considered an essential location to visit for any tourists visiting the country.

Bristol is situated in the southwest of England and is the largest city in this part of the country. It is located by the river Avon and is bordered by Gloucestershire to the North and Somerset to the South. Bristol is renowned for some of its fantastic architecture, making it a firm favourite with photographers and lovers of beautiful civil engineering. One of the main architectural feats of engineering in Bristol is the Clifton suspension bridge. It was designed by the world-renowned engineer, Isambard Kingdom Brunel, and took thirty-three years to construct. Architecture lovers can also see the spectacular Bath Abby and No.1 Royal Crescent whilst visiting the area. Both buildings display superb feats of civil engineering. If you are visiting Bristol as a travelling student, it is worth investigating what to do in Bristol on a budget, as you may be surprised at how inexpensive it can be to see some of the best tourist attractions and landmarks in the area.

No visit to England would be complete without a trip to the nation’s capital. London is a sprawling metropolis that boasts sights and attractions that will appeal to any tourist. In the city, you can take a trip around the capital on a world-famous red double-decker bus and take pictures of some of the most popular landmarks. Trips down the river Thames can give an alternate view of London and can get tourists close to Tower Bridge and the Houses of Parliament where the English government resides. In recent years, the London Eye has become a firm favourite with tourists, as it offers an exceptional view of the city of London stretching up to a height of 135 metres from the ground.

As a final location, tourists who want to see more rural areas and take in spectacular natural beauty should visit Somerset. As well as having beautiful unspoilt countryside it boasts another of England’s UNESCO world heritage sites. The world-famous Stonehenge is located on Salisbury Plain and is estimated to have been constructed in six stages between 3000 and 1520 BCE. It was a place for ceremonial activities that took place by prehistoric humankind, and it is a fantastic feat of engineering, especially considering the tools that were available to early humankind when it was built. Somerset is also home to the Glastonbury music festival, which opens most summers and attracts some of the most famous modern and classic artists from all over the world.