Home » Top 4 Things To Do When Traveling In Atlanta, USA 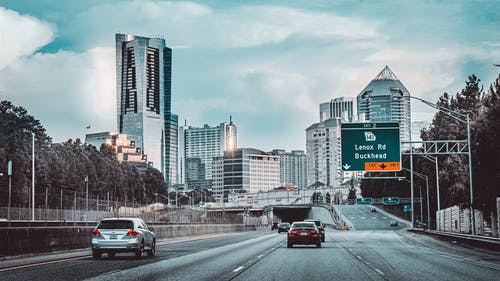 Top 4 Things To Do When Traveling In Atlanta, USA

Atlanta is Georgia’s largest city and the state capitol, Georgia is a state of the United States.  Many museums, downtown, and mountain parks attract many tourists from all over the world. Atlanta is also famous around the world because it is the birthplace of Coca-Cola. There are many interesting things to do if you are planning to travel in Atlanta but in this article we will explore the top four things to do when you are traveling in Atlanta, USA.

If you are traveling in Atlanta, USA then don’t forget to watch Major League Baseball (MLB). There are altogether 30 teams participating in this League, 15 teams from the American league and 15 teams from the National League. In this league American professional baseball team Atlanta Braves also participate from the Atlanta metropolitan area. The Braves have won four World Series in 1914, 1957, 1995 and 2021.

Not only Atlanta, MLB games are played in most parts of America and Canada. Major League Baseball is one of the most popular baseball leagues all over the world, so if you are traveling through such parts of these countries where MLB games are played, then don’t forget to watch this fantastic league. Be sure to book the tickets before 2 or 3 days of match because it’s quite difficult to get a ticket on the day of matches.

If you are traveling in Atlanta then visiting Atlanta Zoo is one of the major things to do in Atlanta. This zoo is inspiring to preserve wildlife in a very unique way. Those species which are on the brink of extinction are preserved there, you can also get the chance to see more than 1000 animals from all over the world.

CNN is the first twenty-four hour news provider service. If you want to tour the whole CNN studio by walking then it will take approximately 60 minutes and also if you are curious about how they work then you will get all the information such as how CNN gathers and how reports the news.

In this studio, visiting a control theater is really informative for you because you’ll learn all about how news broadcasts as well as if you visit special effects studios then you can see how weather maps and on-air graphics are actually created. You’ll get to know more information such as how reporters actually broadcast live.

In the Georgia Aquarium there are altogether 120000 marine animals in a million gallons of water. Sea lions, Californians and dolphins are also there in the aquarium. There is a restaurant on site as well as people can book sleepovers at the aquarium and spend the whole night.

Not only this there are a lot of things to do when traveling in Atlanta such as, you can explore Coca-Cola’s world because Atlanta is the birthplace of Coca-Cola. If you visit the fun museum at Pemberton place then you will know how the Coca-Cola was first developed then also you will get to know the recipe of this famous drink.

If you ever feel lazy while traveling then don’t forget to visit Piedmont park because this park is a perfect place to spend a lazy afternoon. Piedmont park is full of jogging paths, picnic spots, swimming pools and tennis court, if you love any one of the following things then do visit the Piedmont park for a good day out.