Home » From Rajinikanth To Vijay, 6 Highest Paid Actors Of The Tamil Film Industry 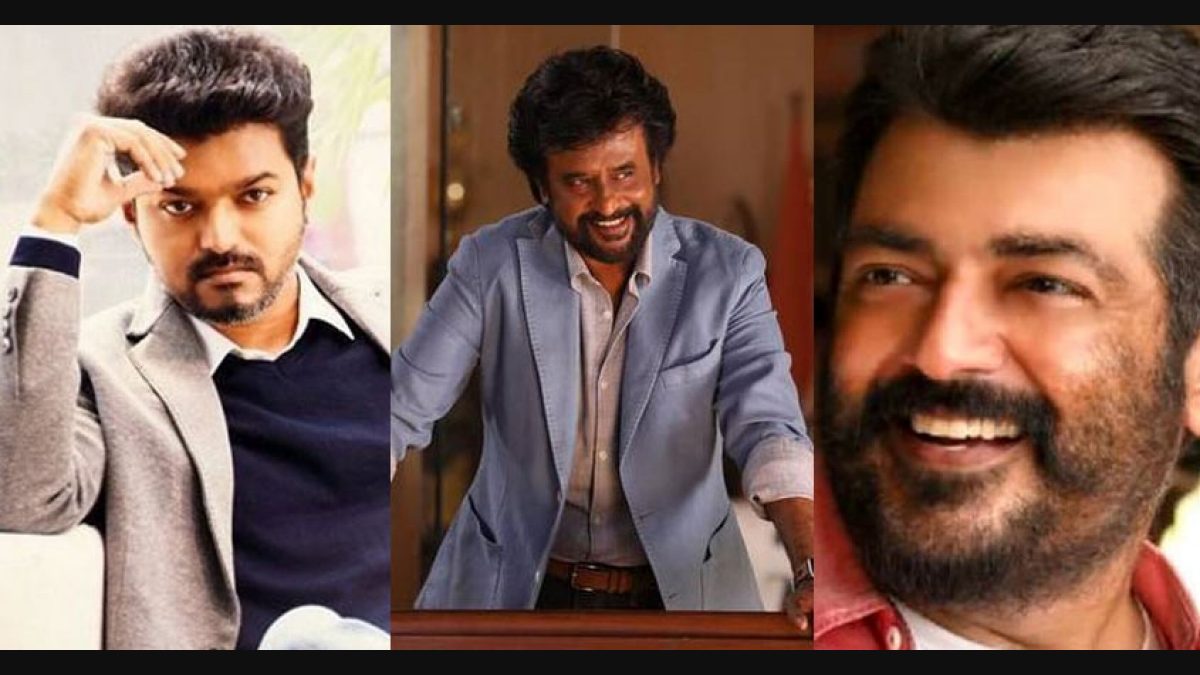 From Rajinikanth To Vijay, 6 Highest Paid Actors Of The Tamil Film Industry

Tamil cinema is one of India’s largest film industries, producing some of the country’s most popular films. Although these Tamil movies do incredibly well at the box office, the producers cannot reap the rewards due to the actors’ massive salaries. When the lead actor’s charges can sometimes equal half of a movie’s budget, it can be difficult for the makers to stay afloat. However, Tamil movie actors are renowned for their brilliance, charm, and commitment to their roles. What gives these stalwarts their brand value and distinguishes them from other competitors is their bankability. Read on to learn how much money these stars make and what makes them so popular.

For the past 45 years, superstar Rajinikanth has attracted crowds to movie theaters. Even his films that received poor reviews, like “Darbar” and “Lingaa,” were reportedly profitable for the makers. He has undoubtedly held the title of the highest-paid actor in India for a while. His fan base is enormous, and he receives a sizable salary for his movies. According to reports, Rajinikanth charged about INR 120 crores for each movie which he has now hiked to Rs 150 crores per film.

In Tamil cinema, Vijay, also known as “Thalapathy,” is a well-liked actor with a significant fan base. He is best known for giving dynamic and impactful performances and has starred in several well-received movies. Vijay makes about INR 125 crores per movie, and according to sources, his latest is getting him around Rs 130 crores. The actor has completed 65 films in 2022 and is currently working on Varisu, which will be released this year.

Kamal Haasan is the most revered actor in the subcontinent. He is renowned for his adaptability and has taken on many different roles in his movies. The actor worked in many incredible movies, and his recent film Vikram was a blockbuster hit across India. Kamal Haasan charges about 110 crores INR for each movie. However, his next is supposedly earning him Rs 130 crores as well. His much-awaited action film, Indian 2, is slated to be released in 2023.

Actor and racer car enthusiast Ajith Kumar is a well-known name in the Tamil film community. With over a hundred crores in compensation, the actor is breathing down the necks after a string of hits including “Veeram” and “Valimai.” He is one of the biggest stars in the business and demands a staggering INR 115 crores for a single film.

Suriya is an accomplished actor who has starred in several popular Tamil movies. He is renowned for his versatility and has taken on many different roles in his movies. Suriya has succeeded in becoming one of the well-paid celebrities in the film industry. He is said to have been signed for Rs. 45 Cr. and received Rs. 55 Cr. for the movie Etharkkum Thunindhavan.

Dhanush has starred in several box-office hits. He is a renowned actor and has taken on many different roles in his movies. Dhanush charges about INR 45 crores for each movie. He continues to make both commercial and experimental films. The Extraordinary Journey Of The Fakir, which just came out, is marked as the actor’s Hollywood debut film.