Home » Mario Goetze: Germany’s Golden Boy is back as a Footballer 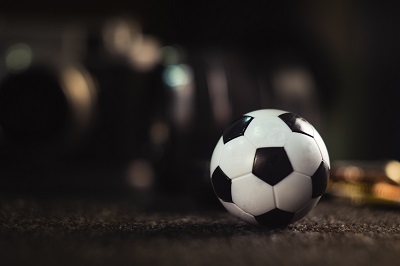 Mario Goetze: Germany’s Golden Boy is back as a Footballer

The man whose goal against the Argentine national team in the summer of 2014 brought Germany the world title, six years after this momentous event, it would seem, was going to one thing – the end of his career. In early October 2020, Mario Goetze moved from Borussia Dortmund to PSV Dutch as a free agent. The contract with the Eredivisie club was originally signed for two seasons, because in Eindhoven they did not have firm guarantees that the money for the midfielder’s salary would not be wasted.

His career isn’t perfect but he tries to be back in game now. Will he score a lot this season in the Netherlands? Will he help PSV win the league? Try 22Bet in-play betting on 22Bet website on PSV games this year.

On September 6, 2021, PSV announced the extension of cooperation with Goetze until mid-2024. Mario himself commented on the event as follows: “I am very pleased with what I got here: PSV is a really good club, I can work with a coach and the best technical staff. In addition, the atmosphere surrounding the team is incredibly pleasant. “

All this is true, but the key to Goetze’s career at PSV is not even the atmosphere within the team, but the fact that in the Netherlands Mario managed to find himself again. Just look at the evolution of the midfielder’s playing time: in the 2019/20 season at Borussia, Goetze played in 15 Bundesliga matches, of which only 5 started in the starting lineup. In PSV, the situation has changed: out of 18 Eredivisie-2020/21 fights in which the German “golden boy” played, he started 17 at the base. Moreover, it could have been much more, if not for another injury – this time the groin, which left Goetze in the infirmary from December 24 last year to February 17 this year.

In the 2021/22 season, Goetze has already played 13 matches for PSV in various tournaments, and in 11 he entered the field from the first minutes. Mario justified his coaching confidence with five goals scored, four of which took place in the framework of European Cup battles – three in the Champions League and one in the Europa League, where the team from Eindhoven dropped, failing to pass Portuguese Benfica in the decisive stage of qualification.

Now Mario Goetze is one of the key figures in PSV’s attack. The German proved it in the match of the first round of the Europa League group stage against Real Sociedad (2: 2). Scoring in the 31st minute, Mario opened the scoring, but then the Eindhovens gave the opponent the opportunity not only to recoup, but also to come out ahead. The first half ended with the defeat of the Netherlands (1: 2), and in the second, things were very difficult for PSV. Goetze changed the situation. He picked up a pass from a partner on the left flank, dealt with the opponent on the technique, and then, due to a jerk, entered the penalty area and, when everyone was sure that a blow would follow, he made a clever pass to partner Cody Gakpo. The 22-year-old Dutchman had only to make a high-quality shot, and the young footballer coped with this task.