Home » Why You Need a Criminal Lawyer, Even When You’re Innocent 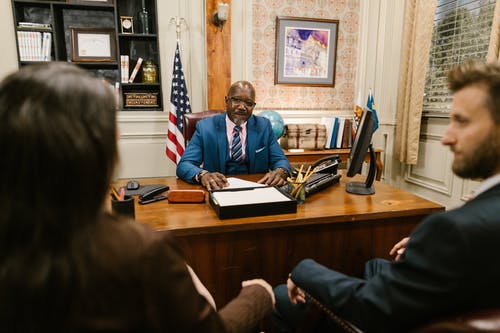 Why You Need a Criminal Lawyer, Even When You’re Innocent

Are you facing criminal charges? Do you have a lawyer? Hopefully you’re working with a lawyer and not thinking about self-representation. Trying to defend yourself against criminal charges is a bad idea, especially when you’re innocent.

If you’ve never been inside the courtroom to watch a criminal trial, it’s easy to believe that being innocent is enough to avoid punishment. It’s not. In fact, the prosecution will work hard to prove your guilt, and without a lawyer, you could end up with a conviction.

The law isn’t black and white

If you’ve been reading laws on the books in an attempt to figure out if you’re guilty, you’re looking in the wrong direction. Even if it looks like you’ve done nothing wrong—according to written law—there might be other factors you’re unaware of, like recent Supreme Court rulings that set a new precedent.

Courts interpret the law and rule accordingly, but it’s not an exact science. Each criminal case presents numerous circumstances that must be taken into consideration along with everything else.

Nothing is ever black and white in a criminal case.

Anyone choosing to represent themselves is vulnerable. When you don’t have the experience of an attorney, you don’t stand a chance against the prosecution. Even when you’re innocent, you’ll need to fight hard.

Since the United States’ justice system works on the basis of “innocent until proven guilty,” it’s easy to develop a false sense of security. Innocent people are ‘proven’ guilty all the time, and it’s mostly because they either represented themselves or their lawyer couldn’t build a strong enough defense for the jury to believe.

A false sense of security can lead to overconfidence in your ability to defend yourself. Don’t do it – it’s too risky.

Having a lawyer protects you from overconfidence

Most people overestimate their ability to defend themselves against criminal charges, but those who have a lawyer don’t need to worry. With a lawyer, it won’t matter if you can’t see clearly; they can and will craft a strong defense for you.

However, if you overestimate your ability to defend yourself, and you decide to represent yourself, you’ll be in big trouble. If the evidence against you is strong, even if it’s not accurate, you’re more likely to be given a lesser sentence with legal representation.

You won’t know your likely punishment

Not knowing what your punishment might be can cause you grief and shock if you’re convicted. You might not expect a harsh sentence for your particular crime.

Let’s say you’re guilty of the crime you’ve committed, you’re thinking about representing yourself, and you’re trying to find out your likely punishment. Typical sentences aren’t easy to find online, especially since they vary by state.

You can probably find a range of sentences for your crime, but you can’t estimate where your punishment will fall within that range.  You could get the minimum; you might get the maximum. It all depends on your individual circumstances.

Being guilty doesn’t mean you should plead guilty

The biggest mistake pro se criminal defendants make is thinking they should plead guilty to resolve their case faster. The mistaken belief is that pleading guilty will result in the same sentence as if they were found guilty by a jury. While the word ‘guilty’ is the same, the outcome can differ substantially.

Pleading not guilty to criminal charges, even when you’re guilty, is sometimes the best strategy. If your goal is to limit your sentencing as much as possible, pleading not guilty gives you that chance because you’ll be forcing the prosecutor to prove their case. They might be able to prove your guilt, but maybe not.

When you have a criminal lawyer defending you, they’ll know exactly how to build a strong defense and how you should plead for the best possible outcome. If you just plead guilty, you could end up being handed the maximum sentence for your crime.

An attorney can help you with a plea bargain

Most pro se defendants don’t get the opportunity to work out a plea agreement in order to avoid a trial. It can be done, but it’s really something you need legal experience to handle. Even if you had the skills to negotiate, you won’t know when a plea deal is the right move.

At the end of the day, if you’re facing criminal charges, don’t take any chances. Work with your attorney and put your trust in their knowledge of the law.