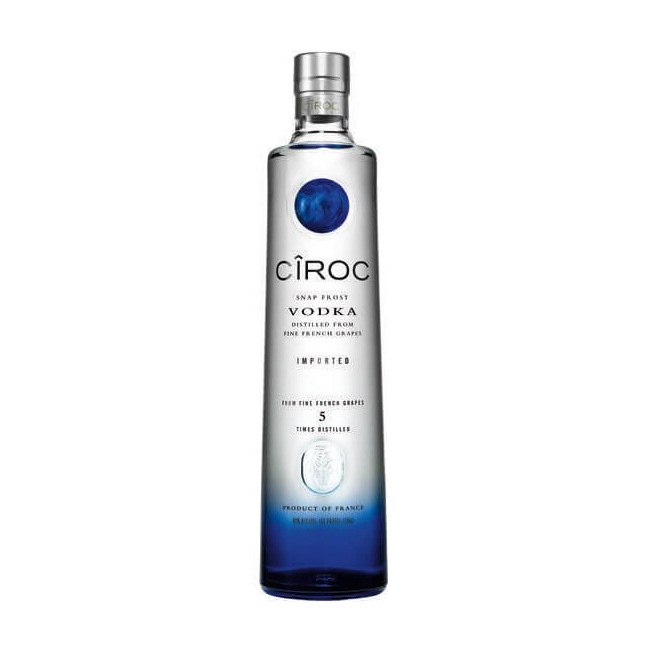 Vodka helps in making almost the best martinis, people who are tensed and tired can even consume vodka as a source of a natural relaxer. There are various flavours available too, along with some medicinal properties as well.

People in India, mostly like keeping their drinking habits a secret, so the maximum population has really limited knowledge about various flavours and brands.

Also, alcohol has a very strong smell but compared to that, vodka is much milder in flavour. Also, good quality and expensive vodka has a mild berry or lemon-like smell to it.

Radico Khaitan or the Rampur Distillery owns the vodka brand Magic moments. It is among the largest very famous top five Indian Liquor company. Magic moments Vodka is triple distilled and rice grain gluten-free, which was launched in the year 2006. This vodka has won itself a total of 36 international awards for its amazing standard variant and also for its six flavours. It is a very versatile product. Just in seven years, magic moments have established itself in 24 countries all around the globe and among them, the UK is embracing the vodka’s versatile flavours. In India the price of a 750ml magic moments bottle is Rs. 586.

The Fuel Vodka brand completely stands for its innovation, youthfulness and of course, it’s uniqueness. In the segment of deluxe vodka, Seagram’s Fuel Vodka stands being the second largest. Orange, Apple and plain are the different available variants. The vodka is nicely filtered through some activated charcoal. The fuel vodka brand was launched in the year 2005 and since then it has taken over the Indian market. This vodka goes through a three carbon-impregnated filtration system along with silver. It removes all bitterness and gives the vodka a great organoleptic property which results in making the Fuel vodka smooth. The price of a 750ml bottle is Rs. 525. The vodka tastes amazing with juices, aerated drinks or water.

The Romanov vodka brand is marketed and manufactured by the United spirits limited. There are four variants available for the Romanov Vodka, The Orange, premium, lemon, and Apple. By volume, this vodka contains around 42.8% alcohol. Mostly the college students and low-cost bars and clubs go for this vodka brand, because of its cheap price but great quality. The Indian market loves the Romanov Vodka because of its extreme spicy taste. The price of a 750ml bottle is Rs. 310. The Romanov Vodka comes from the very famous Romanov Dynasty which once ruled Russia. The great spicy taste of the vodka leaves people asking for more. The Vodka is filtered and distilled multiple times for achieving the rich taste.

The White Mischief vodka brand is the largest selling brand of vodka you can find in the country. This vodka brand has around 48% of vodka share present in India. It’s the youth who mostly get attracted to this brand. The White Mischief is even advertised as a flirty, young and fun brand. There is 42.8% alcohol content present in this vodka. The White Mischief vodka is made through the process of triple distillation for getting high-level purity and flavour. This vodka is also pretty budget-friendly. The price of a 750ml bottle is Rs. 455. If you need a vodka which you can bring to a party and with friends. If you want to get sloshed then this is the pick for you.

Pernod Ricard is the owner of the vodka brand Absolut. It is one of the greatest and largest brand that sells Vodka along with the Smirnoff. This vodka brand is sold in about 126 countries after Smirnoff and Bacardi, to say, Absolut as a brand stands to be the third-largest vodka brand of the world. The Absolut Vodka is a premium brand which offers various flavours and great taste. It is made using the very pure Swedish water from the town of the Ahus and countryside grown wheat. Absolut is the perfect pure Swedish Vodka. The price of a 750ml bottle is Rs. 2000. There are a total of 27 various flavours available for this Vodka and also, they come in beautiful bottles along with the perfect packaging.

Vladivar Vodka has a very clean taste along with great smoothness. It stands in the second position as a Vodka brand in the UK. The Vladivar vodka is made from charcoal and pure grain which is filtered to a high purity level. This vodka is made of great quality. There is a Vladi marvellous combination which makes the vodka taste smooth. There are three different flavours available of this vodka, green apple, orange, lemon. The Whyte & Mackay, a company which is based in Glasgow owns Vladivar Vodka. The company even sells Glayva, Scotch whiskeys, Dalmore and Fettercairn. The vodka brand is now distilled in the UK and made in Scotland. The price of a 750ml bottle is Rs. 600.

The Eristoff Vodka is prepared by a process of charcoal filtration and triple distillation. This authentic technique was invented in Russia, in the 18th century.  The vodka is made using 100% grain. This brand originated in Georgia. The logo of Eristoff is a howling wolf while looking at a crescent moon, it represents Georgia’s Persian name, Gorjestan, which means, “the land of the wolf”. The vodka has six different flavours which are, wild berry (Eristoff Black), sloe berry (Domi Vodka), lime (Eristoff Lime), green apple (Eristoff Green), caramel (Erisfoff Gold), and orange (Blood orange). The Eristoff Vodka has an amazingly smooth and neutral taste. The price of a 750ml bottle is Rs. 800. Also, there is 37.8% alcohol content in it.

The Grey Goose vodka is tasteless, clear and odourless. It’s a French vodka which is even currently being produced in France. But it was founded by an American Businessman, named Sidney Frank. Who also happens to be the founder of Sidney Frank Importing company. The Grey Goose name is taken from white wine. The production and distillation of the vodka got followed by the brand and name. In the year 1998, Beverage Testing Institute named the Grey Goose to be the world’s best tasting vodka. The price of a 750ml bottle is Rs. 6000. The alcohol content in this vodka is 40%.

The Smirnoff Vodka is distilled thrice and then filtered for 10 times before it is taken to the main scene. In America, this vodka is the most consumed. The vodka got its name after, Pyotr Smirnoff, who started as some Russian Serf but later created the world’s best selling vodka. The Smirnoff plain vodka is completely gluten-free and made up of corn. But the flavoured vodka has “flavorings” which might contain some amount of gluten in it. The price of a 750ml bottle is Rs. 1400. And there are around 39 different flavours available of Smirnoff in the world.

The Wodka Gorbatschow was produced in the year 1921 in Germany. Apart from just the plain vodka, it is also available in various flavours, like vanilla, orange and green apple. This vodka brand stands for purity, quality, and mildness. The mild smooth taste gives it a fine quality. The Wodka Gosbatschow vodka is a really good quality product which is made through the process of quadruple-chill filtration. In Germany, it is one of the most consumed spirits. It is a premium brand of fine quality vodka, and the price of a 750ml bottle is Rs. 700. Also, it has some 42.8% of alcohol content in it.

Wyborowa is one of the finest quality vodka that is available in India. It is a vodka from Poland, which is available in 70 more countries other than just India. Pernod Ricard has marketed this brand. Wyborowa is made from Poland grown Rye using five to six centuries-old skills. This vodka is free from all kinds of artificial colours and other such ingredients. The Wyborowa vodka is made with using water, quality Rye and the other natural ingredients. It is a vodka in its real pure form. A 750ml bottle of Wyborowa will cost Rs. 3000. And also it has 40% alcohol content in it.

Belvedere, a Polish product is a supreme vodka brand that has a spicy taste. It gives an aftertaste of white pepper blended with almonds and oaks. The lingering aroma reminds you of vanilla and soft cream. The process that Belvedere goes through for blending such flavors is maceration. The spirit combines with frozen fruits in the first phase. It goes through proper filtering before it is sealed. Belvedere utilizes original Polish rye recipe till date. It has its unique thirty three steps quality control process. Belvedere maintains consistency and taste that it chemically pure and technically suitable. The ABV is 40% and it costs INR 3600 for 1L.

The very brand goes through five times distillation before bottling up. It reflects authenticity, purity and unmatchable flavor. It has a clear color and it tastes smooth and pleasant. The aftertaste is mouth filling and you wouldn’t be bale to get over it. The aroma of Red bliss is grainy and it makes it an ideal spirit for any party and get togethers. It is a product of Indian brand Hermes and is highly affordable. The Alcohol By Volume percentage of Red Bliss is 42.8% and it costs approx. INR 500 for 750ml.

Generally known as Stoli, thus Russian brand is very famous globally. The pure spirit utilizes the Russian birch charcoal and quartz sand for the filteration. The unique flavor of Stolichnaya is a result of that spirit. The Alcohol by Volume is this vodka is 40% and it costs INR 2224 for 750ml. This premium quality Russian brand is in the market sine 1938. The vodka is made with certified Alpha Grade spirit. The many variants of Stolichnaya include Stoli Lime, Stoli Premium Vodka, Stoli cocktails etc.

Ketel One, a brand from Schiedam, Netherlands. It goes through distillation in copper pot stills with 100% wheat. The Alcohol by Volume percentage of this Russian brand in 40% and it costs approx. INR 1900 for 1L. The variants of Ketel One vodka are Regular, Oranje and Citron. The vodka derives its name from the original coal fire still Distillerketel #1.

Vodka is a pick by women and by men who want to keep their consumption of alcohol discreet. If you are the type of person who likes to keep their habit of drinking a secret. And does not want any type of strong smell from their mouth then you should try vodka.

There are amazing vodka brands available in India, by looking at the above-mentioned list you can choose the brand of your preference.

So now, when life throws lemons at you, add vodka with it!

Ciroc is one of the top choices among Vodka lovers in India. The brands claim to have 40% alcohol in their Vodka. Try the amazing Pineapple and Coconut flavors of Ciroc Vodka. Ciroc Vodka is ideal for preparing some amazing cocktails and exotic drinks at your home.